Realism and Accuracy – Headphones Vs. Immerse 360®

How the TigerFox® Immerse 360® Outperforms the Most Advanced Headphones

Sounds produced with the pure acoustic TigerFox Immerse 360 are authentically physically positioned around you like live sounds in a real physical space.

Unlike the Immerse 360, even advanced headphones DO NOT and CANNOT factually position sounds:

In these important authentic live sound ways, most sounds and nuances in the real world, including sounds that occur away from one’s ears, are not factually reproduced in real world locations by headphones.

Unlike headphones, the Immerse 360 authentically delivers sounds naturally around the listener from their respective live sound real physical locations. It does not use psycho-acoustics, “brain trick” methods or simulated phantom positioning.

How the Immerse 360 Does This

The Immerse 360’s pure acoustic design delivers virtually all game, music and movie sounds to your brain in a physically-real, genuine and truthful live sound way.

Sounds stay attached in a natural way to their respective sound sources – clearly able to be heard from their exact locations, arriving from virtually any physically-real:

All using only two conventional speakers without any content or playback updates, alterations or added costs.

The TigerFox Immerse 360 uses the same conventional content, formats and sound signals as used by other audio technologies, including headphones, loudspeakers and loudspeaker-based surround sound systems – without needing them updated, altered or changed in any way.

However, the patented Immerse 360 uses pure acoustics to produce these same sound sources in an entirely different and more authentically-delivered way.

This document will help explain the transformational acoustic difference between the pure acoustic TigerFox Immerse 360 and conventional headphones.

For specific technical information on how the Immerse 360 developed and uses pure acoustics is explained in the Technology page.

“Headphones” is a general term used in this document to refer to headsets, ear buds, inner ear devices and other electronic head-attached speaker devices.

Headphone devices provide the practical advantages of mobility, lightness of weight, hands-free attachment to the head, and great sound containment.

The practical advantages of headphones, however, also cause an equal number of acoustic disadvantages that reduce the credibility, three-dimensional realism and the immersive physical sound experience of one’s music, video games and movies.

For example, irrespective of their cost, complexity or design – a headphone device is a highly spatially-limited sound distribution technology. It is limited to physically creating and distributing sounds to the user only from a very small physical area next to, or inside of, one’s ears.

And because of their proximity to the ears, headphones are necessarily required to have extremely small and lightweight micro drivers. (These are tiny speakers that produce the headphone’s sounds.)

Note: When multiple drivers, for example in “surround sound headphones”, are positioned inside of a small ear cup, driver size is required to be even smaller due to overall headphone size, weight and space limitations.

1. Sounds produced by headphones are unlike natural sounds

As a result of the required very small driver size and the way they physically deliver sounds, the sounds produced by headphones are unlike natural sounds, the way natural sounds are experienced, and real-life hearing.

a. Physically-real sounds produced by headphones are limited to sounds that physically occur next to one’s ears only.

b. Some sounds produced by headphones can authentically be positioned and experienced

Sounds that naturally occur near to ones ears in the real world can be accurately physically positioned when played back through headphones (for example, the buzz of a fly or a hair-cutting tool physically-located next to one’s ear).

Because they actually physically exist in the real world next to ones ears, these close-to-ear sounds can, therefore, be correctly experienced through headphones, particularly when those sounds are recorded using special recording techniques like 3D audio and high-end headphones are used for playback.

c.  All the rest of the sounds heard through headphones, however, are positioned artificially.

Only a relatively few sounds naturally occur immediately next to, or inside of, one’s ears.

Most sounds produced in the real world naturally occur at substantial distances away from one’s ears.

This means that most sounds produced by even the best headphones are artificially positioned.

As mentioned above, headphones do not and cannot factually position sounds:

Most sounds, therefore, are not factually reproduced in real world locations by headphones.

Because headphone drivers are required to be necessarily tiny and located immediately next to the eardrum, they understandably cannot physically reproduce sounds safely into the ear anything close to a natural sound level.

That is, headphone drivers are not able to reproduce impressive real-world sounds directly into one’s ear at a live sound level.

cannot be authentically reproduced by headphones like live sounds – like those that can be felt and experienced in dramatic real-world and natural environments.

Unlike headphones, this is what audio loudspeakers are used for and what they do very well.

Added are the choices of easily interchangeable speakers and an added subwoofer option with the Immerse 360.

Learn more at “Bridging the sound quality and realism gap between headphones and loudspeakers” on the Technology page on this TigerFox360.com website.

3. Sounds produced by headphones are connected unnaturally to one’s head.

This unnatural attachment of sounds to one’s head and head movements is not like the real world and is not a natural hearing experience.

Authentic real world sounds, as heard with the Immerse 360, instead stay naturally attached to their individual sound source locations. They are not attached to one’s head and do not move away from their sound source regardless of one’s head position or turning movement.

4. Most sounds produced by headphones do not pass the live sound credibility test.

The result is head worn devices subconsciously reduce the credibility and believability of one’s real-world video game, music and movie soundscape and its connected experience.

The result creates a subtle but very real integrity gap in the brain’s ability to recognize and authenticate those sounds experienced through headphones as genuine real-world live sounds.

This is explained more in the “Special for Audiophiles” section of the Music page and in “Bridging the sound quality and realism gap between headphones and loudspeakers” located in the Technology page of our TigerFox360.com website.

Most listeners are surprised by the nuances normally lost using headphones

Most gamers, music lovers, and movie buffs, including most audio professionals are not aware of how headphones substantially affect audio credibility, realism, immersion and one’s overall entertainment experience.

They do not realize the void it leaves in the surrounding soundscape’s size, shape and depth and what content they are missing until they experience the same sounds authentically reproduced around them by the Immerse 360 in a real physical space.

With the TigerFox pure acoustic Immerse 360, each sound is individually spatially suspended and authentically experienced in its own real physical space.

Exactly like sounds are experienced in our real three-dimensional physical world and exactly in the location they were positioned into the content by the actual event and sound engineer.

The patented Immerse 360 delivers sounds from physically-real locations exactly positioned in a real space around the listener like real-world live sounds are.

The Immerse 360’s pure acoustic design does this by:

Specifically how the Immerse 360 uses pure acoustics to do this is explained in Principle #2 on our “How Is This Possible?“ page.

The result gives the green light to the brain to accept belief in these virtually reproduced video game, music and movie sounds by automatically positioning their sounds like live sound physically around the listener in a live three-dimensional space in real time.

The Immerse 360 delivers a real-life natural-hearing experience in three real dimensions around the listener, like nature intended us to experience the world.

The audio and emotional experience differences between headphones and the Immerse 360 are immediately obvious, sizable and a level of sonic truth apart.

To learn more about how TigerFox delivers it pure acoustic experience, see Principle #2 on the Technology page on this TigerFox360.com website.

“Headphone only” and special content work with the Immerse 360.

The TigerFox pure acoustic Immerse 360 delivers virtually all game, music and movie sounds to your brain in a physically-real, genuine and truthful live sound way.

They stay attached in a natural way to the specific individual locations of their respective sound sources – able to be clearly heard from their exact respective locations, arriving for example from virtually any physical:

All using only two conventional speakers without any content or playback updates, alterations or added costs.

The pure acoustic Immerse 360 delivers music, video game and movie sounds to you with:

The Immerse 360® versus audiophile headphones and professional listening rooms

How Experts React to the
Tigerfox® Immerse 360®

This Thing Blew My Mind!

As reported by acoustic experts, sounds experienced with the Immerse 360 are authentically experienced and have no difficulty passing the live sound credibility test.

In addition to passing the live sound credibility test, the Immerse 360 adds high-performance realism, sound positioning accuracy and authentic three-dimensional immersion to video games, music and movies that’s beyond what headphones, listening rooms and other electronic-based technologies can physically deliver.

Experience the TigerFox® Immerse 360® For Yourself

During our product rollout, we’re including Continental U.S. FREE SHIPPING direct to your home or business so you can experience for yourself the magic you’ve been missing. You need to hear this to believe it! 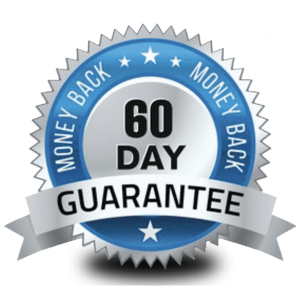